The Inconceivability of Motherhood 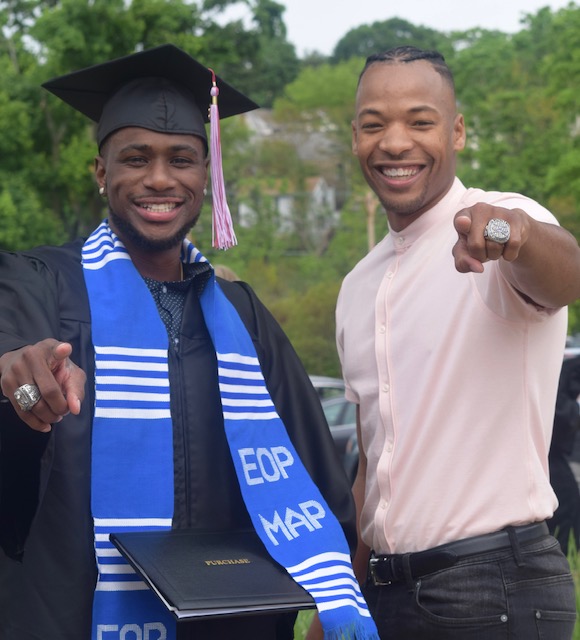 Motherhood called to me from a distance. As if standing on a cliff of a canyon, the idea of becoming a mother lived on the far side, across the way. The echo of my calling for it filtered through the vast space and it never seemed to materialize into anything more than a mere concept of something on my To-Do list. Twenty-one adult years living as a single woman in New York City sheltered me from the harsh realities of my ticking clock.

I don’t remember when it was that my doctor stopped saying, “You have time.”     During my annual check-up he’d ask me how life in the Big Apple was going for a girl from Kentucky. In that antiseptic room, in that ten-minute appointment span, with my feet in the stirrups, I’d ramble. I’d given my New York City life an acronym. I called it my WAR – Work. Apartments. Relationships. I’m sure the doctor considered it “same New York story, different patient.” In perfect timing, as he’d wrap it up with the breast exam, lifting myself up off the exam table, on cue I’d say, “I have to find time to have a baby.” For years, he’d say, “You have plenty of time.” Later it changed to “You have time.” And then there came the time when my doctor said nothing.

Motherhood was always a choice for me some time down the road. I was busy. I was a performing artist, and when I grew weary from that gypsy life, I immersed myself in an advertising career. I became an advertising executive. It was a wonderful life, wall-to-wall, knee-deep in client service in the infancy of the dot-com era. My clients were my babies. Twenty-something-year-old venture capitalists launching brands, and I had to stay young to keep up. Eternal youth was an asset in brand-building, advertising experience. At thirty-nine, I made Partner and the New York Times reported that I was thirty-four years old. When I pointed out the error to my boss, the agency’s founder and chief creative director, he informed me that he himself had told the reporter that I was thirty-four. He said that it would be great for business if I were younger, that no one would doubt it, and he hoped I wasn’t offended. Nothing offended me in those days, as one can hardly be offended and work in advertising, so I owned it. Right there, I gave myself five more years that I really didn’t have. Call me crazy, but I began to believe it.

Some days I would jump on the Second Avenue bus to get to my groovy hip downtown ad agency office. One day on the bus, I met an adorably cute little Chinese girl named Lily. Very talkative, Lily informed me she was three, and strangely, Lily was mesmerized with me. Her eyes were a continuous smile and she told me an expressive story about her stuffed dog. I suppose I was attentive. The next day I took the bus hoping to see Lily again and there she was, again elated to see me. I began to ride the bus almost every day. Her mom, an American woman, told me she had adopted Lily as a single parent. A light bulb went off! I was going to adopt a child! I called my attorney and asked him to look into it.

Soon after that time, though, I met the man who would become my husband. We married three and half years later when I was forty-four and we moved to Long Island. I felt in my heart that it was now too late to have a child and I gave up. My husband has two beautiful daughters from his first marriage and these little darlings appeased my yearning for a time. It was always clear however, that I could and would be nothing more than a friend to the girls because they have a mother. My youngest stepdaughter, in her six year old innocence, was enchanted and excited with the idea of her daddy and I adopting a Chinese baby when I’d shared stories about my bus rides with Lily, but unfortunately my husband was not so thrilled with our plan to add a Lily to our new family, so that dream never came to fruition.

My dad passed away unexpectedly, and devastated, I stopped working for a while. To combat my grieving, I went to volunteer at my local Boys & Girls Club. I was told I could come to “Power Hour” and help children with their homework. They said I could come one day a week or five days a week.   I went every day for an entire school year, and I brought snacks for all the children at the club when I noticed that they were all so very tired when they arrived off the buses after school. The children called me “Miss Carla” and they sat in my lap, brushed my hair, hugged and kissed me, competed for my attention. Most of the children were in elementary school but there were a few Middle School and High School kids. A ninth grade boy would come around and ask if I needed his help with the children. He said his name was Yadiyah (pronounced Yuh-DIE-uh) and he didn’t like sweet snacks, but he liked salty food. I brought him yellow goldfish crackers and Yadiyah was pleased.

One afternoon Yadiyah told me he would like to go to basketball camp. I’d been told that Yadiyah was one of thirteen children in his family. I told him I’d look into it for him after he told me he’d like to go to either St. Dominic’s or St. John’s. In my naiveté, I enrolled Yadiyah in St. John University’s basketball camp with Coach Steve Lavin. He was talking about St. John’s of Lattingtown, a church in our community that was conducting basketball camps. Yadiyah could not believe in his wildest dreams he was really going to a college campus for basketball camp and he was ecstatic. When I asked if he had enjoyed it, with a dancing light in his eyes he said, “It makes me want to get there!” From that summer on, I was his “Blonde Mom,” speaking with his teachers, helping with homework, buying sports gear and whatever he needed for school, signing him up for AAU teams, taking him to games, cheering him on as his “mom,” and nourishing him with good food. My house was Yadiyah’s second home and his mother was thrilled that I had become his “guardian” as she called me. She signed the necessary paper at his school for me to talk to his teachers and for a time Glen Cove High School was perplexed because Yadiyah was a student who had anger issues. He had somehow calmed down.

One Sunday afternoon, my husband and I pulled up in front of Yadiyah’s house to take him to a Summer tournament game. Yadiyah came bouncing out of his house with a friend following him. Yadiyah was happy and smiling. They both crawled into the backseat of my husband’s Lexus and Yadiyah introduced his friend, Kewan (pronounced KEY-wan) from Virginia. Kewan was polite and quiet and he told us he was a good basketball player. As Frank and I asked questions, Kewan looked at Yadiyah and said, “Didn’t you tell them I’m getting a scholarship?” When we got to the gym, I asked the coach if Kewan could play in this game and the coach said, “Sure, why not?”

Something happened when Kewan walked onto the floor. It was immediately apparent that he was serious about his game. Kewan had this wonderful jump shot, he hit NBA-like three pointers and he played well that night. The team won. We took the boys to dinner and we learned at that meal that Kewan is very funny. We enjoyed that evening with Kewan and Yadiyah very much.

I didn’t know that night that this boy in the backseat of our car, Kewan Beebe, would become my son. I would learn that Kewan’s mother died when he was thirteen, and his biological father who had never lived with his mother, was serving seven years of hard time for drug and gun possession. I also learned that this beautiful boy had been shot by a stray bullet when he was fourteen and had been left to die in a Bronx hospital by his custodial parent, because she moved to Virginia and left Kewan there alone fighting for his life.

I didn’t know that I would take Kewan, just two months away from turning 18 years old, to Glen Cove High School and register him as a Junior with nothing more than a torn photocopy of his social security card that only had his mother’s maiden name on it. I did not know that Kewan would take five New York State Regent’s tests in one school year and pass them all. I did not know that my guest room would become Kewan’s bedroom. I didn’t know that his room would be filled with trophies and that Kewan would be named Most Valuable Player and lead his team to the Conference Championship, and that he would make All County and All Long Island, both highly regarded honors. I didn’t know Kewan would receive several college scholarships.

I didn’t know that being a mother to Kewan, and to Yadiyah, two boys who’ve never called me anything other than “Mom,” could bring me such joy and happiness. I loved every minute of driving them to school on cold winter mornings, cheering for them at basketball games, caring for them when they were sick, taking them to doctors; going on basketball road trips, helping with homework, picking them up from practice, feeding them good food and watching them grow and develop into strong athletes, buying them clothes and celebrating their good grades and successes. I loved helping them learn coping skills, and guiding them in making wise choices. It was a privilege for me to help them get into colleges where they would become scholar athletes. Kewan graduated from SUNY Purchase College and Yadiyah from Johnson & Wells in Rhode Island.

Sometimes it is sheer will that will get us what we want in life. Kewan missed his mother so much and he wanted and needed a mother. Kewan is a self-proclaimed “mama’s boy” and he found me. Yadiyah had big dreams and needed love and attention and I was his blonde mom and our entire community knew it.

No matter how inconceivable the concept might be, how vast that canyon of impossibility, we have the ability to create our lives. I created my life of motherhood; I was blessed with two sons. The beauty of motherhood is, once it’s created, motherhood is forever. Motherhood never dies.